How Bad Is Sleeping With the TV On? Experts Say It Should Be Avoided At All Costs

I’m convinced that the only way you’re going to go through life without ever once having fallen asleep to the sound of your favorite show is if you don’t own a television. Experts like to spook us out of even thinking about touching any piece of technology at least two hours before bedtime, but how bad is sleeping with the TV on, really? As much as we’d like to deny it, there really is no fighting the facts: TV time and bedtime should not overlap, and that is because , like it or not, screens mess with your brain, causing a glitch in our sleep cycle. The truth hurts, doesn’t it?

People who rely on television to lull themselves to sleep remind me of Starbucks regulars who rely on coffee to keep themselves awake; do it enough times and it’s hard to break the cycle. But here’s the thing: This idea that TV helps you sleep is an illusion. Sure, your eyes get a little droopy, and before you know it you’re dozing to the Riverdale theme song, but you might wake up after eight hours feeling tired still. This, Jenna Keane, COO of TrueDark and Biohacking tells Elite Daily, is because the artificial light beaming from the tube is negatively affecting the quality of sleep you’re clocking in. How’s that for a plot twist?

WHILE THE STORYLINE OF A TELEVISION SHOW MIGHT PUT YOU TO SLEEP, IT’S THE BRIGHT LIGHT COMING THROUGH THE SCREEN THAT’S MESSING WITH YOUR SLEEP QUALITY.

At the end of the day, your priority should be figuring out what’s going to relax you mentally, and physically, so that you can fall asleep without an problem. Watching a few episodes of the show you’re hooked on might feel relaxing, but the truth is, having your eyes fixated on a TV screen does the exact opposite for your brain.

According to Chris Brantner, certified sleep science coach and founder of SleepZoo, it all comes back to that pesky blue light that is emitted through any technology device with a screen. The light, he explains, can hinder melatonin production in your brain, which is a pressing issue, considering melatonin is the hormone that controls when we sleep. Plus, since it’s probably safe to assume you prefer watching TV in the dark, your pupils will dilate and, as a result, be exposed to even more harsh light.

Sleeping with the TV on, Dr. Mark Muehlbach, Ph.D., F.AASM, R.PSGT of Clayton Sleep Institute, tells Elite Daily, falls under the same category as scrolling through social media under the covers, sipping coffee six or less hours before bed, enjoying a boozy nightcap, etc. In other words, all the things experts warn us not to do if we want to get a good night’s rest.

Between the obnoxious blue light, and the fact that watching TV in general stimulates the brain, leading you to stay up even later than you intended, an irregular sleep cycle develops and it could lead to insomnia. On the other side of that is, if you are able to fall asleep with the TV on, Dr. Muehlbach warns of micro-arousals which, he tells Elite Daily, are sleep disruptions from the flickering light and continuous sound that we often write off because we’re not even aware of them.

I don’t know about you, but I’m just not so sure “one more episode” is actually worth it, now.

IF YOU STILL FEEL LIKE YOU NEED TO HAVE THE TV ON WHILE YOU SLEEP, THERE ARE ALTERNATIVES THAT CAN BE JUST AS, IF NOT MORE, EFFECTIVE.

I’m about to hit you with a truth bomb you really don’t want to hear, but it’s for your own good: You need to break up with all devices before and during bedtime, ASAP. Trust me, I understand the struggle because while I prefer falling asleep with a book in my lap, there’s nothing like falling asleep and waking up in the middle of the night to a drama-filled Gilmore Girls episode. It happens to the best of us, friends, but we need to resist. Our sleep quality depends on it.

Think of it this way: Whatever you’re watching, it will still be on Netflix tomorrow, and wouldn’t you rather watch a show than use it as a nightcap? Having said that, if you find the sound of the television comforting to fall asleep to, there is hope your sleep cycle can thrive sans TV.

Mattress Firm’s sleep health expert, Dr. Sujay Kansagra, tells Elite Daily that some people use TV as a distraction before bed to quiet their busy minds and help them fall asleep stress-free. Instead of leaning on a television set for this level of comfort, Kansagra suggests trying a white noise machine because it produces steady noise without “the harmful effects of nighttime light.”

Maybe it’s not so much the sound, necessarily, but the need to tackle stress that’s feeding into your TV in bed addiction. If that’s the case, SleepScore Labs advisory board member Dr. Michael Breus, PhD tells Elite Daily that it might be more beneficial to experiment with what he refers to as “sleep productive” activities like meditation, yoga, even sex.

You generally want to wean yourself away from technology in general, but I will say dozing to gentle, sleep-inducing sounds via Sleep Cycle‘s app, or any kind of guided meditation on your phone (Headspace is my personal favorite) could be helpful. Just make sure once the practice ends, your phone stays far away from your bedside. 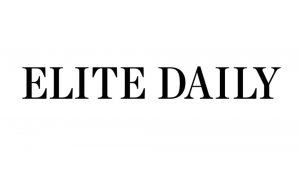